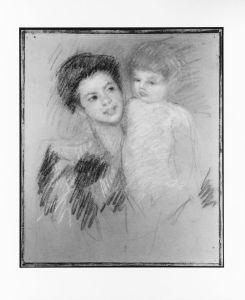 This last fall (2018) I decided to try something new with my blogging and I volunteered to start writing for a new blog collaborative project called Nurture-Science. Unlike all other posts you see here on my WP site, the posts I’m writing for NS are peer reviewed by the editorial team at NS. As you can see if you click over to the site, the project aims are near-and-dear to my heart in that the site organizers, like me, aim to make useful psychological scientific information freely accessible to all comers. While the site is still under construction, I thought I’d share my first few contributions here on my own site, too. My regular readers will notice some differences between my regular posts and my Nurture-Science posts, namely my NS posts are shorter :), and include traditional scientific references. I expect all else will read in a familiar tone. I hope you enjoy these and that you’ll keep your eye on Nurture-Science too, as the site continues to fill in with useful information carefully crafted for everyday readers looking for solid advice.

My 11-year-old daughter (D) and I (Me) recently engaged in a conversation that went something like this:

D: Mama, you have documented, like, my whole life, haven’t you?

Me: Yep! I sure have. The computer is over-full of pictures and videos.

I tentatively agreed and she then proceeded to spend far more time at the family computer than pediatricians recommend children her age do. She gave rapt attention to the documentary of her life, to-date. While at first I silently questioned her motives for such extensive computer viewing, I quickly realized that she really did want to see what “she used to be like,” and sharing in the retrospective journey with her was absolutely wonderful. What a treasure technology affords us now, in the ability to relieve the past in vivid color and sound.

While my copious recordings have been done for family not for “work” – as I looked through the treasure trove of videos I also realized that many of the videos from my daughter’s toddler years can serve as “rich” academic conversation starters. I chose to put the word rich in scare-quotes here because if you were to watch these videos, you would, most likely, find it difficult to understand what was really going on. Even my daughter, watching herself, needed me to explain to her what it was that she was saying, and why it was that I loved the videos so much! While in many videos the stimulus itself (my daughter’s actual words spoken) is relatively poor, the videos themselves are rich in what aspects of language development look like in the toddler years.

I am thinking right now of two videos in particular. One was recorded on a hot summer day when my daughter was about 18-months-old. It was about 100-degrees Fahrenheit, as I recall, and she is captured on video standing outside in front of a plastic bin full of cold water and holding a bucket. At this age my daughter hated baths and bath-time was always riddled with tears of protest. Because of that I hadn’t purchased a wading pool, despite the heatwave. At the point in time when the video was recorded, we were desperate to cool off though, hence the bin and bucket. In the video, you see my daughter scooping water with a bucket and dumping it on her head. We are both laughing, and the conversation goes something like this:

Me: Oh my gosh! It is water! Cold water!

Me: I can’t believe you like this! The water feels good, doesn’t it?

Aside from the fact that she’s loving the water despite hating bath-time, notable in this conversation are two points: my daughter is saying very little, in fact, she’s repeating the same nearly-incomprehensible statement over and over again. My contribution to the conversation is a little more varied, and establishes a bit of conversational give-and-take. While she doesn’t directly answer my question at the end, she does continue to reply to my responses.

The next video I am thinking of was recorded a couple of months later, when she was closer to 20-months of age. She is sitting in her high chair, holding a fork. It’s lunch time and food is on her tray, but she is more interested in talking to me than in eating.

Me: Eyes? Who’s eyes? Can you show me your eyes?

Me: Oh, you mean my eyes! Can you show me your nose?

D: Nose! [pointing the fork out, again at me, not at herself]

D: Gork! Nose! Eyes! [Each utterance is accompanied by a slightly different gesture of her chubby little hand gripping the fork]

Me: Yes, that’s a fork. And we both have eyes, and a nose. You want me to show you MY eyes? And MY nose? Is that what you mean?

Notable in this conversation are two points. One is the advance she shows in vocabulary, in that her enunciation is more understandable. But more remarkable is the fact that this is a more coordinated conversational exchange than we had just two months prior. From the exchange point of view, a lot is going on here. First, she’s directing the conversation, not me. Two months prior I was just narrating her experience. Here though, we are having a discussion, and it is almost as if she is telling me what to do (e.g., see Tomasello, Carpenter, & Liszkowski, 2007, for more consideration of how to interpret infant/toddler pointing). Her insistence on directing me shows that she knows that conversations include asking your conversation partner something, and in her experience that something was usually of the “show and tell” variety. It’s as-if she was thinking: “Mama usually asks me to show her my eyes, so I am going to ask her, first!” Her continued prompting eventually shifts to other aspects of the situation as well, as she decides to talk about her fork, too.

She clearly knows the script for how these conversations typically unfold. How did she learn this script? As I discuss in my post titled “How do I talk to my baby to maximize learning opportunities?” I suggest that parents interact with their babbling babies as-if they are having a conversation. In the first year of life, doing so establishes the behavioral script for conversational give-and-take. In the second year, as babies become toddlers and their babbling transforms itself into understandable words, when parents keep up the conversational script, toddlers continue to learn about the beauty of language as a tool for sharing what’s on your mind, a skill scholars call “communicative competence” (e.g., Bjorklund & Causey, 2018). Communicative competence is the ability to — that’s right, you guessed it –  engage in effective communication with others.

When adults converse with their toddlers in what’s called a “recast & expand” manner, adults are helping children learn what one does and doesn’t say in conversation (e.g., Clark, 2014; Clark, Soto, & Nelson, 2017). Recasting is the act of phrasing a toddler’s difficult to understand utterance more clearly and expansion is the act of making the utterance just a little more detailed.

For example, when my daughter said “It’s a wah-wah” I recasted her utterance as “It is water.” I expanded her statement further, as well, by adding, “It is cold water.”

Another example: when my daughter gestured and exclaimed “Eyes!” her word utterance was clear, so I just expanded, and rephrased the full statement: “Who’s eyes? Can you show me your eyes?” And to her odd utterance “Gork” I recasted her phrase to correct it, and stated the word as it should be said: “Fork.”

Note, however, that I didn’t directly “correct her.” That is, I didn’t say explicitly, “Not Gork, honey, Fork!” Instead, I did it conversationally, as-if I intended to make it part of my contribution to the conversation all along.  “Recast and expand” conversations, when delivered in a fun and encouraging tone, do two things. First, they provide toddlers with information for self-correction (Clark, 2014). Second, they also help forge strong emotional bonds between parents and their toddlers– toddlers are working hard at being understood and when parents engage with them this way, it sends a message to toddlers that what they say matters (Clark, 2014; Yurovsky, 2018). As well, these kinds of exchanges help toddlers learn about what conversations do, and do not include. When parents recast and expand, toddlers take the expansion as a model for what to strive for (e.g., Clark, et al.,  2017). These models, shared in toddlerhood, lay the groundwork for later developments in children’s memory, as well (Nelson & Fivush, 2004).

Not only are toddlers working on their conversational skills in this age range (e.g., 2- 3- years) but they are also rapidly building their vocabulary. In a process scholars often call “fast mapping” (e.g., Behrend, Scofield, & Kleinknecht, 2001; Holland, Mather, Simpson, & Riggs, 2016) what toddlers are doing is “mapping” words to objects (e.g., Behrend, et al., 2001) and in some cases related facts to objects (e.g., Holland et al., 2016). Toddlers do this by watching other speakers very carefully and connecting the speaker’s eye gaze with what they are saying; this sort of communication is referred to as joint-visual attention (e.g., Tomasello, et al., 2007). The shared attention enables toddlers to “map” the word or fact onto the object their conversation partner or the speaker is looking at.

So, back to the question posed at the start of this entry – How should I talk to my toddler to maximize (later) learning opportunities? — Here are some empirically based recommendations.